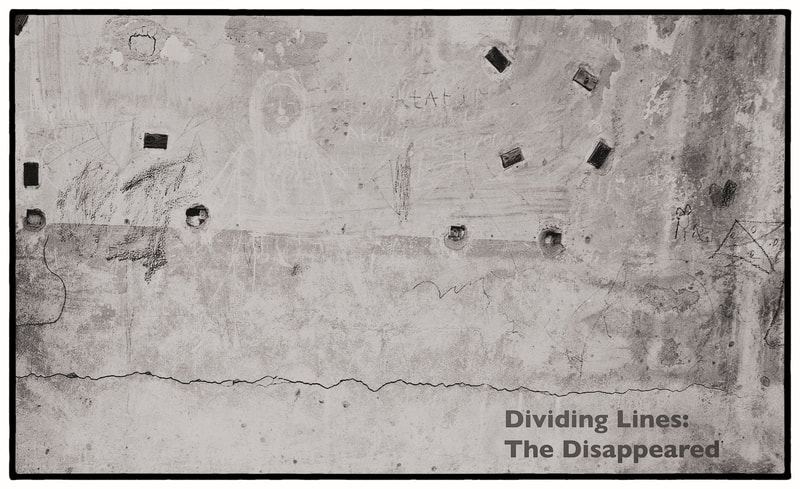 This was a major piece of work in 2003 / 2004 that covered six different European Union borders and hinterlands - twelve countries in all - where there had been wars and conflicts. The locations were heavily researched and targeted trips made to each, with two to one area both before and the day after the country joined the EU.

My aim was to depict what was happening or had happened through the landscape. The images are all panoramic landscapes and almost devoid of people, who are the essence of a border, so there is often a sense of abandonment.

This style of work in trying to produce images that tell the story in a subtle way was a new challenge for me, I was using a large panoramic film camera without a tripod, shooting in colour negative. I was working alone with no back-up so I had operate as discretely as possible in or near sensitive border areas - some of them were still heavily controlled and in two locations people were shot and killed trying to cross shortly after I had been there: both remain in conflict today. Wherever photography was restricted or forbidden I complied with this. In one location I inadvertently crossed the border, not realising there was a 'local' arrangement' on a part time border post. Another concern in Africa was that my equipment represented many times the annual income of some of the local people. I used a smallish camera as a notebook for background work.

Six very large prints were made for an exhibition to go alongside three hand stitched and bound books containing over eighty images, all scanned from the negatives  - the most expensive books I have at over £250 each!

The final images were all produced in a slightly desaturated colour and I will reduce the very large digital file sizes from the negative scans and include the colour images when completed, the toned black and white ones shown below were made later.

Some of the images feature in more than one gallery.